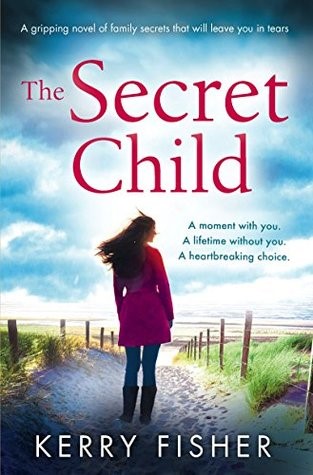 The Secret Child
by Kerry Fisher

This is an emotional read that will tug at your heartstrings from the very beginning.

This book starts out in the 1960’s. Susie who is first known to us as Rita is forced by her mother to go to a Mother and Baby place, to give birth to a baby boy, which she has to give up for adoption. Susie struggles with giving him away and insists on caring for him until the day he is taken and given away. She treasures every moment that she has with her son. Susie returns home and keeps the secret of her son and her infidelity from her husband Danny. Susie’s guilt on giving her son away eats at her as every year passes, and she becomes a moody and emotional and suffers depression. When Susie gets ill later in life the truth of what happened surfaces. Will her family endure such a huge secret being uncovered?

This story is told in two perspectives, the first being from Susie, and the second from her daughter Grace. It is wonderful to get the second perspective, it shows the relationship between the mother and daughter. And just how much the secret has affected her and her sister Louise.

The storyline is well written and the characters felt so real. I was on the emotional roller-coaster ride with the whole family.

This was one fantastic read that should definitely be put on everyone’s TBR list.

Kerry Fisher knows how to write a book that will pull its readers into the story and make them feel everything.

Thank you to Netgalley and Bookoutre for this ARC in exchange for an open and honest review.

See you in the next chapter.

View all posts by bookinonehandcoffeeinanother

Follow Book In One Hand Coffee In Another on WordPress.com